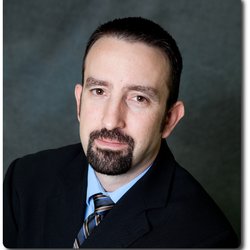 Joseph R. Maridon, Jr., Esq. graduated from the William S. Boyd School of Law at the University of Nevada, Las Vegas in 2003. Since then he has worked primarily as a civil litigator on cases ranging from simple auto accidents with minor injuries to multi-million dollar auto, truck and aviation cases involving catastrophic injury or wrongful death.

Mr. Maridon grew up around airplanes and airports. When he was young, he took many trips with his family in small aircraft all over the United States. Often, his father had him take the controls, even before he was big enough to see outside, relying at first on the artificial horizon, then later on the compass and other instruments. Mr. Maridon soloed in 1993. He currently holds an Airframe and Powerplant Mechanic Certificate from the Federal Aviation Administration.

Mr. Maridon is married and he and his wife have two girls and a dog.

Attorneys and Counselors at Law.